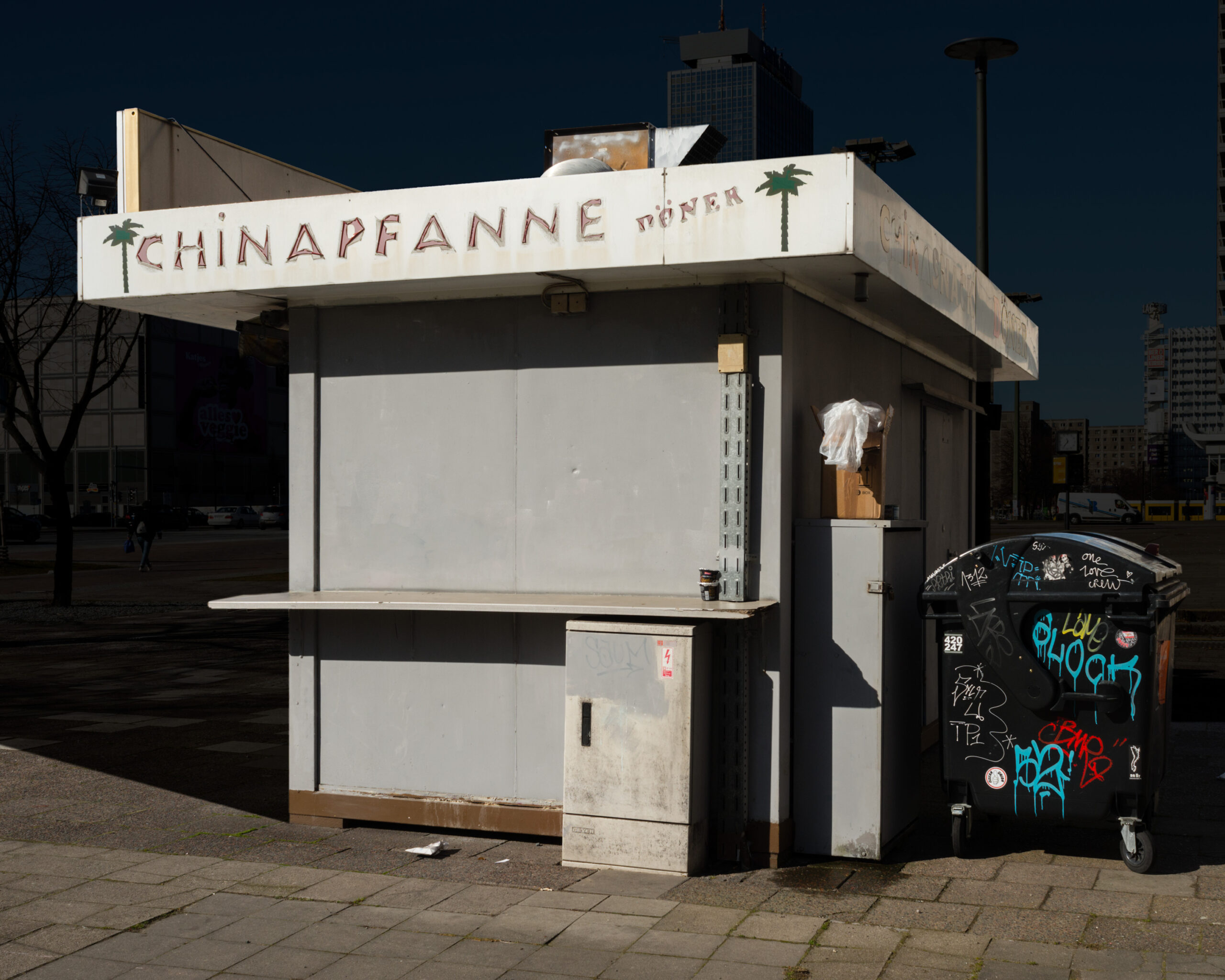 Closed Today (also tomorrow) (2021)
At first glance, Corona seems to slow down our everyday lives. It invites the privileged among us to more contemplation and it slows down economic and cultural life.
At the same time, it also speeds up processes, such as widening social gaps, or, to put it less neutrally, social division. This can be seen in the gentrification that continues unabated in Berlin, the visible expression of which are the construction sites that, despite the first, second and third waves, continue to work as if there were no pandemic.
In some places, the worlds of the new wealth and «ordinary» life meet in a materially visible way – for example, at the back of Berlin’s Ostbahnhof station. There, about 20 snack stalls form a kind of village for travelers and the stranded. The names of the stalls sound like a faraway world: «Samara,» «Palamera,» «Bilbay,» but sometimes just «Asian Specialties,» «Old Berlin,» or «Cheese King.» It is not known what will ultimately cause their disappearance: Either they will lack the strength to wake up again from their forced slumber, or they will simply be pushed aside to enhance the environment for the new UrbanLivingCreativeLifestyle real estate. – – But no: Nobody wants the end of the market, not even the city, which earns well from the stand rents. The «Käsekönig» is the only store that will really be torn down, but only to reopen in the front of the street. I was told this by the operator of the orange octagon, which I always saw closed until I was there once before 2 pm. He is also moving: 20 meters closer to the station, into a brand new container, which he has already ordered, because his octagon would be too dilapidated for dismantling. 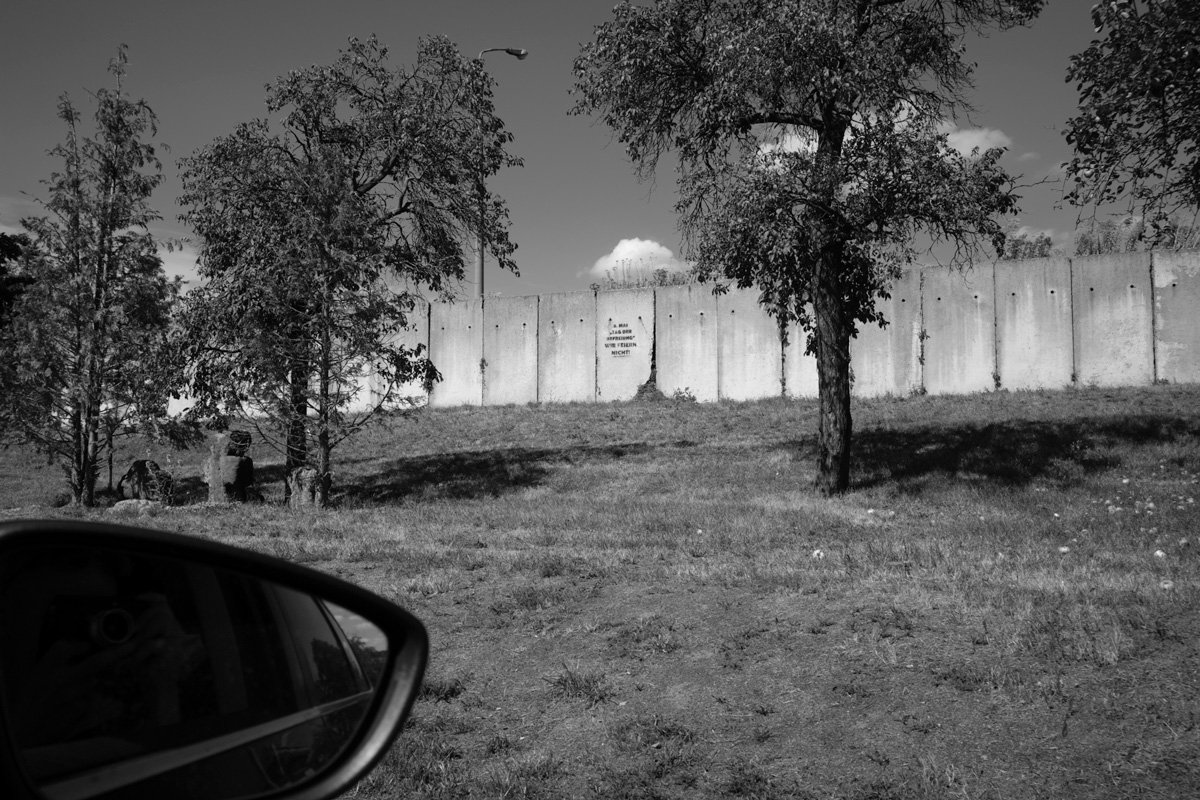 Sachsen-Anhalt (2020)
The land of the early risers: wavering back and forth between «beautiful countryside» and industrial landscape. Industry, if not already completely gone, has «shrunk back to health»; nature only in the form of a «cultural landscape,» in many places completely dug up more than once.
In Allstedt, on a wall behind the war memorial, a professionally designed graffiti: «May 8. ‘Liberation Day’ We don’t celebrate!». Incredible May sky over Hundisburg. Black pyramids in Mansfelder Land. The backyard of an Indian restaurant in Havelberg: everything duplicated, even the lions.Picturesque stonemason on the Elbe with a putto playing a harp and an alligator. Three topped spruces behind a wall. The «German House» in Wettelrode, closed and overgrown. «Chemistry pigs» on the Saale bridge in Könnern. A sunken steam locomotive in Hettstedt. 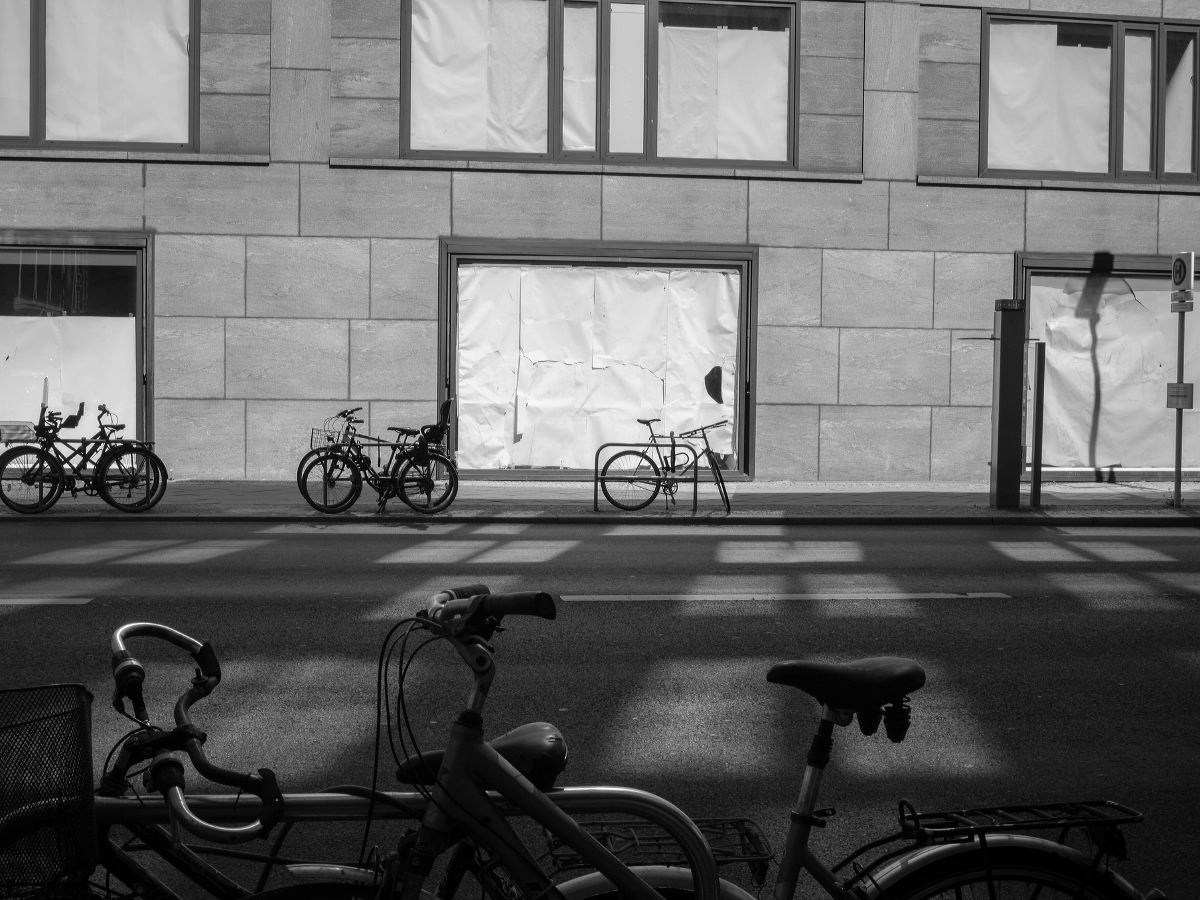 Standby (2020)
Corona shock No. 1: In shock, everyone really did stay home at Easter, even though the weather was beautiful. At Christmas, habituation has already set in; now everyone goes «home» instead of staying at home. 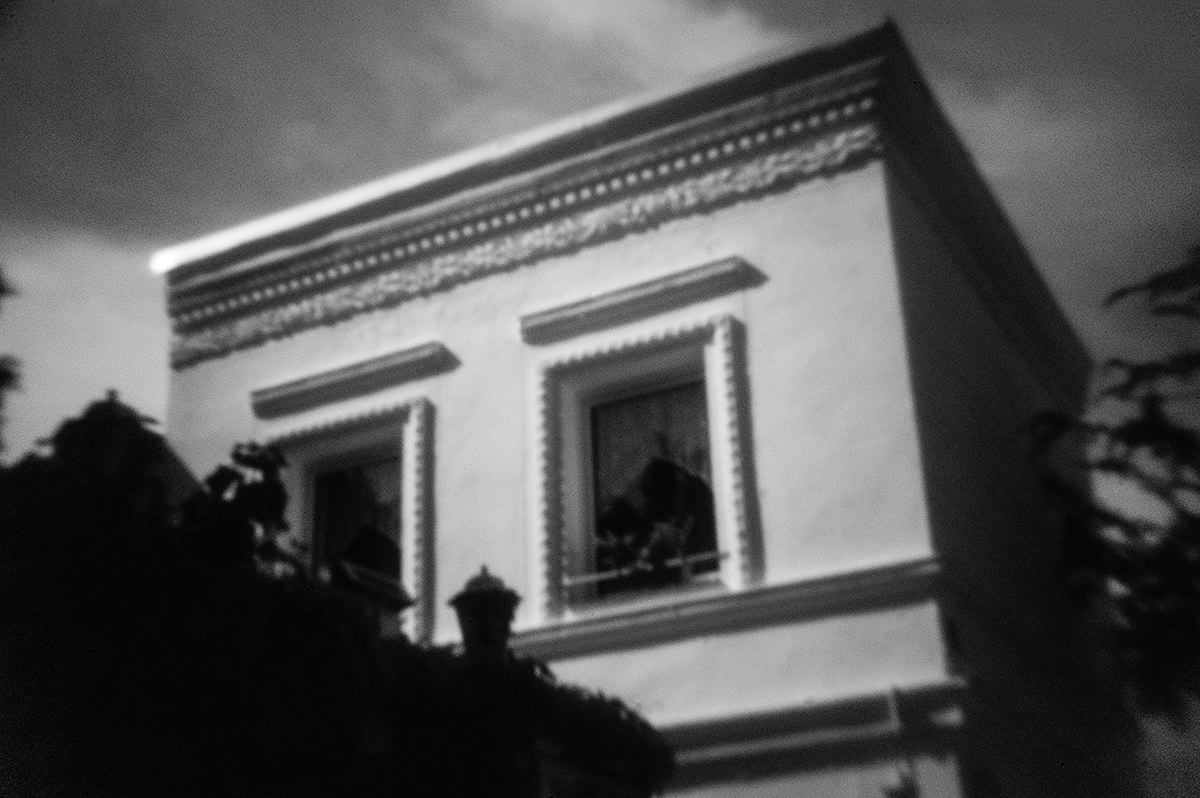 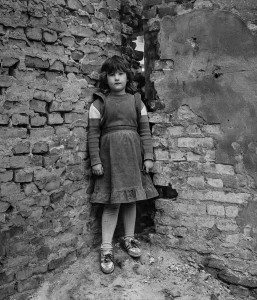 Vineta (1985/1990)
… consists of two series of images from the declining GDR: portraits from 1985 and cityscapes from the summer of 1990, the anarchic agony between the Volkskammer elections and monetary union.
«Vineta: it was a kind of East German Atlantis. At the GDR’s polytechnical secondary schools, every child knew the legend of the city that had sunk into the Baltic Sea. That had to sink. Because Vineta’s citizens were ungrateful. They couldn’t appreciate what they had. They threw caution into the Baltic Sea winds despite a final warning before their demise. In the end, a storm surge pulled the city, with mice and men, down to the sea’s dark depths. To the present day, Spökenkieker [prescients, people who see ghosts] claim to be able to see Vineta at the bottom of the sea and hear the golden church bells strike among the crashing waves. […] The Venitaner didn’t appreciate what they had. Not their fault. A fault? Having become foreign in their own land. At fault was the little bit of personal freedom that everyone had staked out like a garden. A freedom that was worth more than a valid passport. A connectedness among those who had remained, a letting go by those who had fled, a longing for the other, a longing for something that one didn’t really know too much about.»
(Excerpt from the text of Anja Maier)

The photo project «Runway» shows runway markings of the former Berlin Tempelhof Airport and ties in with the series «Asphalt» and «Technology» from the Desiderata series.
To «Asphalt» obviously for motivic reasons, but in a different, ‘objective’ point of view, without a change commenting on the object through light and shadow, humidity, perspective. What the project has in common with «Technik» is that it investigates the change of material things by man. These are changes that aim to function with a specific intention, but always have to resist the obvious superiority of nature, both internal and external: failure, decay, the inherent power of matter in the form of gravity, corrosion or erosion. The unmatched model in this sense is an anonymous photograph in the surrealist magazine «Minotaure» from 1937, showing a locomotive overgrown with plants that seems to have just escaped the jungle with its last strength, but is still engulfed with it, so that it does not advance an inch more and waits rusting for the forest to finally swallow it after all. André Breton commented on this picture as a «document of triumph and catastrophe at the same time».

What is supposed to be pure white, sharply and straightly delineated surface, in fact appears as a jagged, dramatic micro-scape, which can be read almost musically in picture form.
Already slightly missed in the approach – even the extremely primitive construction is not exactly realized on the asphalt – the further fate of these signs is uncertain, as is their origin: namely, even with the most persistent research in the darkness of the various changes of responsibility and ownership, it is no longer possible to determine which company produced them and when. In addition, since the runways may no longer be approached, they bear huge crosses, so-called «closure markings,» which, however, are weathering faster than what they are supposed to invalidate. (from the supplement to the book «Runway»)

The first picture of the series is one of the 30m long center lines It was published as a book in 2015, inspired sensitive viewers to write rave reviews.
Marion Pfaus asked me about the pictures in the exhibition “Runway” at Galerie Franzkowiak.

Overview of the «Runway» pictures here. 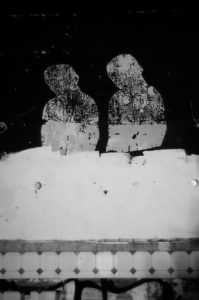 Replies (1982–)
«Replies» is a large inventory of the images created up to the publication of the book of the same name in 2014, which cannot be subsumed under a clearly defined thematic bracket, but rather revolve around a virtual center that I still cannot precisely define. Dividing the images into «conversations» made it possible to control the quantity of images: As in a table conversation, they circle around one subject area for a while, then turn to the next, associatively connected one. These sequences of images appeared in the book in the selection and order presented here; however, the series continues to grow like a black and white coral reef. 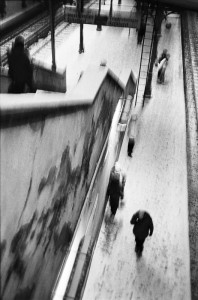 Von Ferne (1982–1989)
Images from before the modern era: foot journeys that could go no further than the Wall, time travel that knew no end. 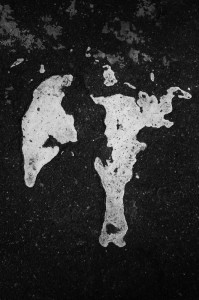 Asphalt (2007–2011)
The default for the human gaze is: downward. And not out of humility, but because man was once a hunter-gatherer. And because this is a better way to avoid falling down. The ground in my natural environment is made of asphalt.

Magico (1991–2009)
… Indeed, the photographs in «Magico» have a magical aura; they appear mysterious and poetic at the same time. As in the first photo folder «Von Ferne», Andreas Trogisch creates autonomous images of enormous visual power. I see riddles that I may not even want to solve. But the images retain their validity. (From the publisher’s text for the photo booklet «Magico») 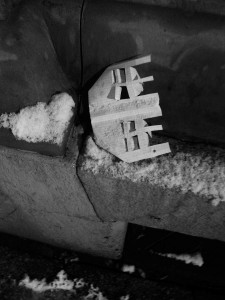 Technik (1991–2009)
“Technik” attempts a consideration of the parts of our world of things that are made to fulfill reasonable purposes, and yet in which failure is expressed again and again: to human inability, gravity, corrosion – or whose reasonable purpose disappears behind the effort, allowing a surprising poetry to emerge instead. 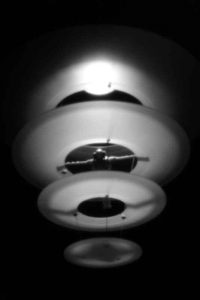 Aphasia (2012–2014)
‹Aphasia› is a neurological disorder in which patients can no longer grasp the lexical meaning of language, but can grasp its emotional content. They can guess the truth of what is being said from the speaker’s facial expressions and tone of voice – without being able to say what it is actually about.
In my photographic work, I have always been interested in the discrepancy between the representational, «correct» meaning of objects and their visual appearance. Since I’ve been using a digital pinhole camera, I’ve found a way to simplify the appearance even further and thereby make this tension more clearly visible.
«Aphasia» was published in 2015 as book. 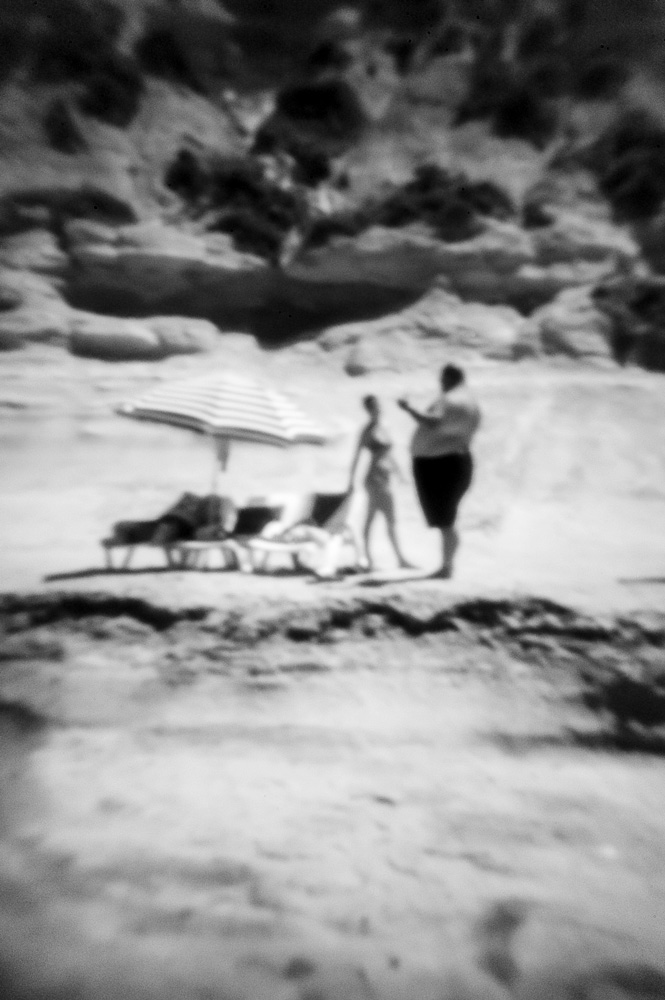 Pinakothek (2014–)
I try not to say, «This is how it is» but «This is an image caused by something that for a brief moment looked like it reminded me of something.»
‹Pinakothek› is the current installment of the ‹Aphasia› series, which was published as a book in 2016. This would have been my next book project at Peperoni Books had Hannes Wanderer not died in September 2018. Update 2021: An evolved version of the series is meanwhile published under the name «Eight Days A Week». 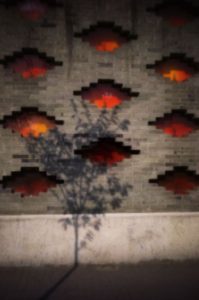 在春天的第一道阳光下 (2012)
‹在春天的第一道阳光下› means ‹In the first spring sun›. March 2012 in Zhejiang Province: Winter is still not over, I have been here for four weeks and it does not stop raining. Everything is wet, cold and gray. The public buildings are not heated anymore because it is warmer than 5 degrees outside – unfortunately only very little warmer. People are starting to get depressed. The first harvest of Longjing tea before the Feast of the Dead, which yields the most tender and expensive leaves, lasts only a week this year. Suddenly the sun comes out and everything is enchanted. 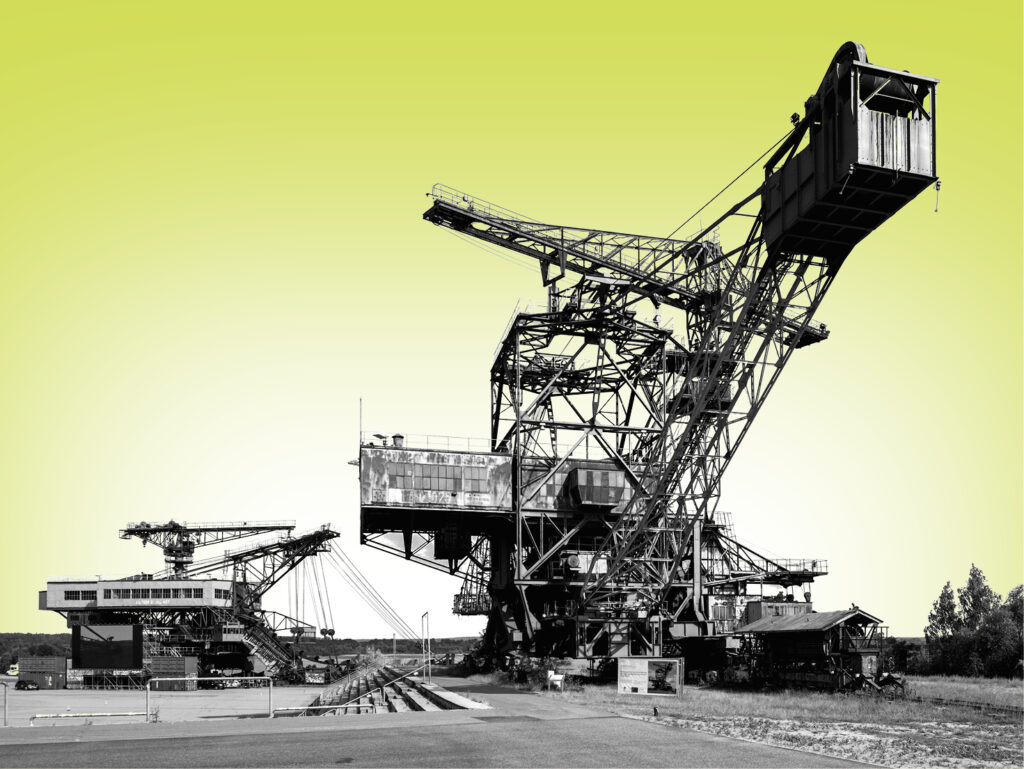 A commissioned project for the association «Industrial Culture in Saxony-Anhalt»: the first 15 of 30 industrial monuments and museums for a summary information website and leaflet: The old pumping station in Vehlgast on the Havel River, the Magdeburg Museum of Technology, the Magdeburg-Rothensee Ship’s Hoist, the Historic Burg Tannery, the Historic Hundisburg Brickyard, Ferropolis near Gräfenhainichen, the Porzellaneum in Annaburg, the former WASAG site in Reinsdorf, the Borlach Museum in Bad Dürrenberg, the Kötzschau Railway Museum, the graduation house in Bad Salzelmen, the Pretziener Weir and others.

All images shown here are available as fineart prints or baryt prints. Requests please by mail.